We are excited to announce the champions of the 2018 Cascade Circuit Cup. An award bestowed upon the horse accumulating the most points, in one of five categories at the end of Cascade Horse Shows 2018 circuit.

These awards are made possible with the support of top notch sponsors: Carol Hinckley of Brick Road Farms, Mike Akers of Olson’s Tack Shop, Marla Hamilton Lucas of HIB Blankets and the many friends and sponsors of Cascade Horse Shows.

And the winners are:

Cascade hunter derbies are unique in that they span two rings, they challenge the horse and rider to jump a series of 3′ to -3’3” natural obstacles demonstrating brightness and pace covering the ground in a relaxed, smooth and proficient way. Aloha, the 7 year old Hanoverian/Thoroughbred mare, did just that across all four Brick Road Farm’s USHJA Hunter Derbies this season; winning the final derby with first place performances in both the classic and handy rounds.  Thank you Carol Hinckley of Brick Road Farms for sponsoring this wonderful year-end award. 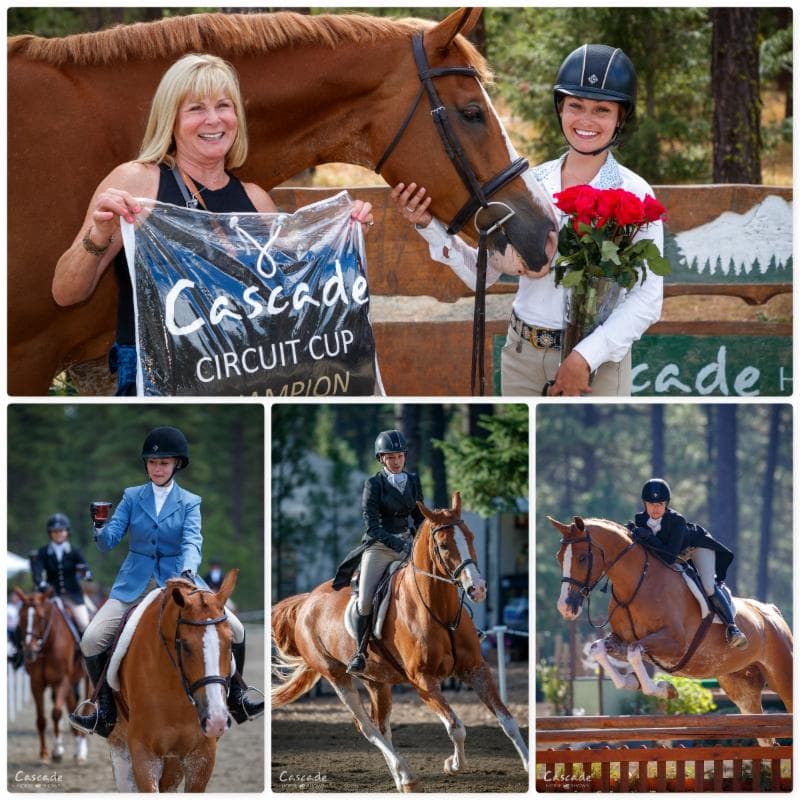 To win this award you had to have an impressive showing in a variety of classes, demonstrating beautiful hunter form over fences and under saddle.

Graffiti, the big chestnut gelding with the spray-paint markings befitting his name and rider Kelsey King did just that winning the Children’s/Adult Hunter Classic, top amateur placing in the USHJA Hunter Derby. And although it didn’t count towards this award being a good sport while Kelsey carried a glass of Rose’ to a fifth place finish pretty much secured his place in Kelsey’s heart.  Thank you to all our extraordinary sponsors who made this award possible: Jamie Kosele of PNW Stubben Saddles, Shelly Kerron of Legacy Hunters & Jumpers, Carol Hinckley of Brick Road Farms, Kimberly Tenhulzen of Tenhulzen Real Estate, Mike Akers with Olson’s Tack Shop. 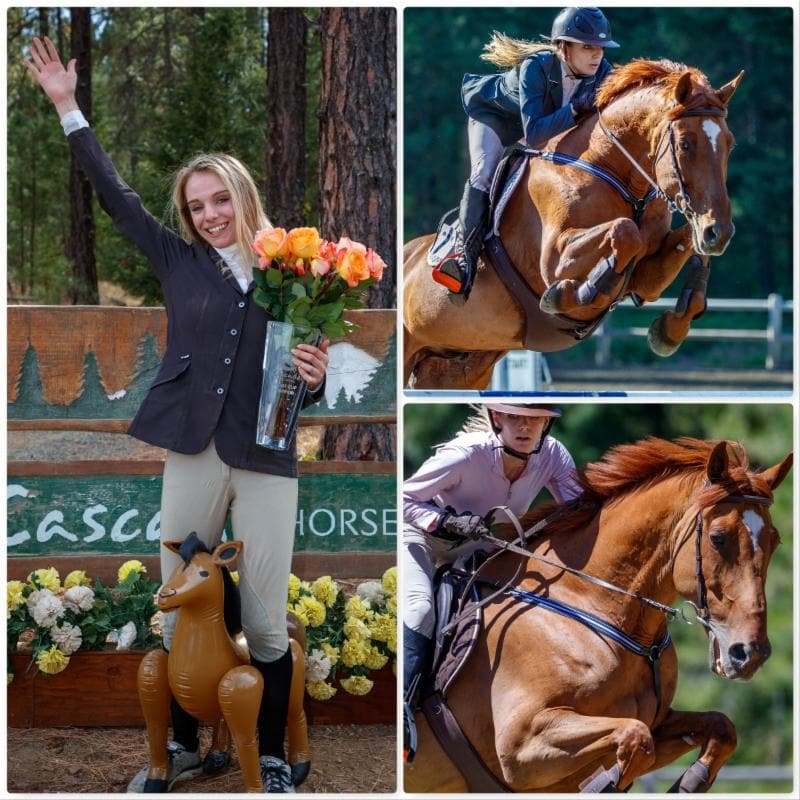 In some circles earning the right to wear to wear whites is tied to jumping 1.10m and above. Its when you’re considered to have hit the big time with big jumps to match. All of the competitors vying for this award have earned their right to wear whites. But its Cupido T the 11 year old warmblood gelding and Julia Hodges who took home the Cascade Circuit Cup with first or second placings in all the 1.10 and Modified Jr./Amateur Jumper classes they competed in, including the High Children’s Jumpers, presented by Ansara Patterson of Geneva Financial.

Thank you to all the fabulous sponsors behind this award: Eve Willett with Red Pony Insurance, Abbie Block with Absolute Horse, Debbie Dillon with Horseware of Ireland, Lori Houston with Whittier Trust, Lindsey Spurgeon with Voltaire Design and Ansara Patterson of Geneva Financial.

MORTON’S THE CELEBRITY
Owned and Ridden by SAHALE FOX

You’ve got to be fast, clear and completely in the zone to be the winner of the Cascade Circuit Cup JUMPERS Up To 1.05. And you’ve got to believe that neither size nor age will stop you from taking the win. Morton’s the Celebrity AKA Small and Mighty, Wonder Pony, and Rusty to his friends has absolutely no idea that he is 12.1 hands, 17 years old and is supposed to have a pony stride. And then there is Sahale who is only 10 years old but rides like a seasoned pro.  The pair won almost every class they entered and was on the gold medal winning team of the Cascade Jumper Team Championships.

Thank you to all the phenomenal sponsors behind this award: Lindsey Spurgeon with Voltaire Design, Morgan Carr with Encanto Valley Farm, and Kimberly Tenhulzen with Tenhulzen Real Estate and Katherine Wade-Easley with Sundance Equestrian 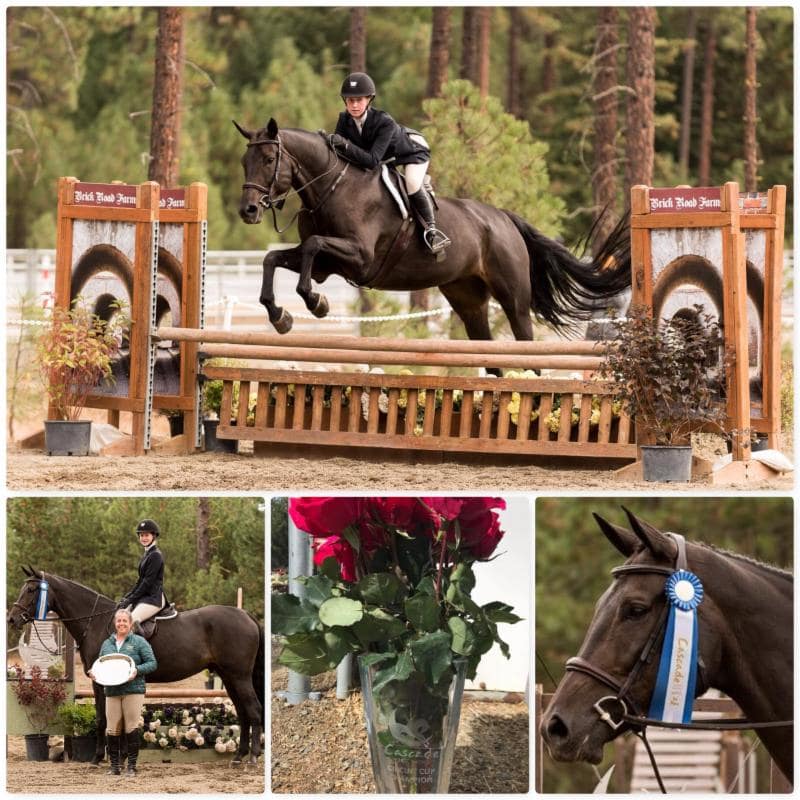 The 9 year old Holsteiner gelding Carlton K impressed the judges across the 2’9″ hunter division all season long. But it was his and Elise Lombardi’s winning round in the Open Hunter Classic, presented by Signature West Farms that pinned him champion of the Cascade Circuit Cup Hunters Up to 2’9″. This was the most closely contested of all the circuit cup awards. We couldn’t tabulate the winner until the very last class of the day pinned because there was only a few points difference in the top five placings. But at the end of the day it was all Carlton K!

Thank you to all the wonderful sponsors behind this award: Dianna Connelly Insurance Services, Kelsey King of American Mechanical Corp and Mikie Tracey Shepler with Ride the Ducks of Seattle. Lindsey Spurgeon with Voltaire Design, The Grange of Issaquah, Rocking ‘E’ Feeds and Denise Youell of Farpoint Farms,

Each winner received a crystal trophy commemorating their achievement, $100 Olson’s Tack Shop giftcard, a HIB Waterproof Championship Blanket. Plus $100 in show credit to use at any 2019 Cascade show.

We appreciate that you have a choice of shows to attend throughout the year. Thank you for choosing to spend time with us in the Cascades. We look forward to seeing you in 2019! 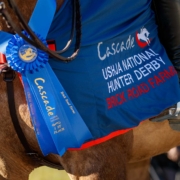 Who among you will become this year's circuit champions? Join us for the Cascade Finals in September and find out! Image by Gary Voth 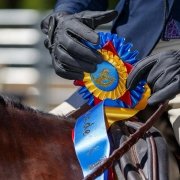 Next Event starting in:

✨Announcing Our 2023 Season✨ We are excited t

There are 154 state parks in Washington. The Washi

This is what happens when an amateur is roped into

We've got a fun Saturday ahead! Kona Coast Jumper

Good morning sunshine ☀️ May your day be fille

Friday's schedule has been posted to the Cascade w

It takes an incredible amount of energy to build a

🔥 Fire Weather Watch 🔥 It's that time of ye

Everyday with horses is a labor of love. So to our

📢LAST CALL FOR STALLS at the Cascade Finals On

A nearly perfect backdrop to the final days of sum

🐴 Cascade won 🥇at the Cascade show held in t

This is NOT an advertisement for our Rose' All Day

We are looking forward to bringing you another gre